The history of this place is wonderful. Crowland Abbey was established in 670 AD by Guthlac. Peterborough Abbey (now Cathedral) around 799 AD, some of the stones of the original Abbey (burned down by the danes) remain on display – others were re-used. Two queens were buried there, Sophie and I could make out the carved features on the great stone coffins of early Abbots – buried in the 11th and 12 centuries. I then went around the corner to Peterborough museum and saw the remains of a man shot by an arrow perhaps 3600 years ago. There have been people here a long time!

My Uncle John has begun to educate me on matters of UK pensions. Being retired (although somewhat unsuccessfully if being busy is any guide) he knows a bit about hat is going on, and pointed out that Adair Turner, the man who came up with the ideas of graduates retiring later than other people was formerly the head of the Federation of British Industry (not renowned for being on the left of the political spectrum). Since the discussion first surfaced the Government and the Opposition here have distanced themselves from what quickly became dubbed "two tier pensions". I'm looking out for more information and some good websites to which I can refer people - not because the minutiae of British pensions are that enlightening - because the debate about the principles is what is important. What is affordable? Who should pay? How do we create a safety net without destroying incentives for people to save? How do we ensure equity between those that have 'saved' through one regime and those that may 'enjoy' another?

Pragmatists like incrementalism, as in: "what's the next possible/achievable thing we can do to improve the system?" Cullen's plans in NZ for Workplace Super look a lot like this. The debate here may end up like that, but for the moment it is interesting because it is still at the stage of fundamentals.

Reading about the Lions tour in the UK is interesting... if you know me well you know I am not that much of a rugby fan. But somehow, being here I was drawn to the one mention of New Zealand visible in a weeks worth of newspapers - the Rugby. Described by Joe Bennett as our second world beating export (the other being farm produce). The Lions have of course just been held to a draw with Argentina - so the papers are all extra glum about their potential. Let's hope they are right!

New Zealand Pensions a Model for the UK?

No, they are not really, but some people - particularly on the left of the British Labour Party fancy the idea of a "Citizen's Pension". Citing New Zealand Superannuation they want a pension which is universally available, without means test, when a British Citizen reaches age 65.

They have clearly not been looking at recent data which shows New Zealand's pension is one of the stingier as a proportion of average income in the OECD. But they were - in the manner of politicians everywhere - not thinking of replicating the downsides, just the upsides. They want a pension as generous as it currently is in the UK, but with an even more generous qualification criteria. For the unitiatied, this is because there are earnings related pensions (SERPS) the level of which depends on years in the workforce and income levels. Many people think these "unfair" - whether you do or not probably tells us a lot about the way you think.

But even for an 'economic dry' such as myself a very basic non-means-tested pension is not actually such a bad idea - because it is not means tested it removes the disincentive to save for those who would only be able to improve on the basic pension 'just a little bit' and therefore encourages wealth accumulation no matter where you are at on the economic scale of success. This makes the incentives work wherever you are at on the scale. Which is worth doing.

There is a fantastic debate about pensions finance in the UK at present. The recently re-elected Labour Government has opened up debate about changing retirement ages because of the funding crisis. Much debate has been aroused by a more controversial suggestion - that those who have been to university only get their after age 70, but those who did not go get theirs at age 65. It's being floated as a proxy for the longer life expectancy associated with higher incomes, which are often (but not always) correlated with higher education.

You can imagine the storm this is kicking up, uniting unlikely groups such as conservatives heading for retirement and lefties who hate the divisiveness and stigma associated with such a proposal. It's a good debate and as I learn more I'll blog more about it.

Is in just fantastic form.

Yes, it is crowded. Narrow streets, small houses, and so forth are driving people to buying cars such as these: 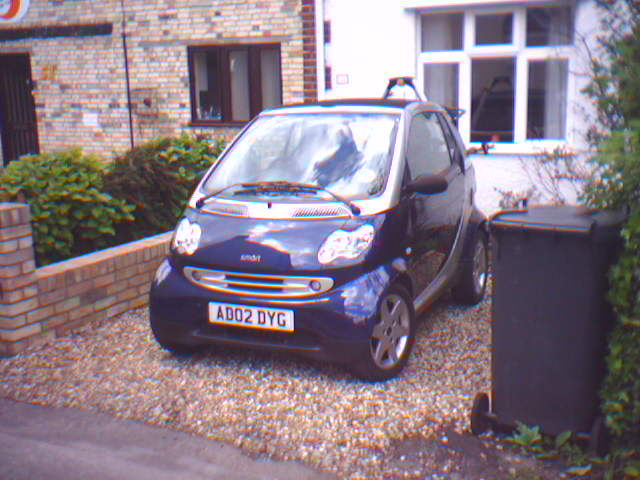 Of course, this sawn-off vehicle is the energy efficient space saving "Smart Car" made by Daimler-Chrysler, and a very interesting beast.

We've been fortunate enough to drive the car below (A Rover 75 Estate) - which when we got it from the rental firm had a mere 8 miles on the clock! It's a great vehicle. But few people agree it seems - Rover, of course, has gone bust (for only the nth time in it's history it seems) maybe this time, they'll stay that way. 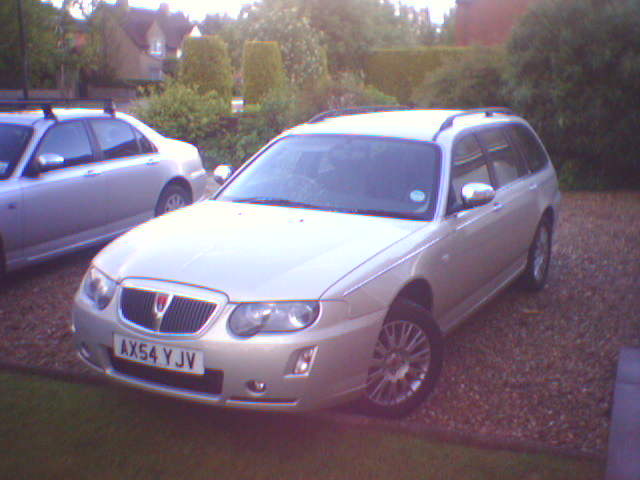 The office is manned by Soo Hun Kyung and Michael Larsen while I am overseas for a couple of weeks - so please keep in touch with them.

But this post is a celebration of how wired we are! The wonderful new Tablet PC has wireless (for those airport hotspots and internet cafes) bluetooth (so it can use my cellphone for dialup) and can even connect through the plain old telephone service.

The other great thing is Skype. When I came to NZ it cost $3.60 a minute to call the UK. Today I get 23cents a minute from Ihug tolls. Still not satisfied? If you use Skype you can call other Skype users online for, effectively, nothing. So we're using this too. www.skype.com for the curious.

Plus global roaming is active and we love that.

Book of The Week is Kippenberger

It's a war theme month. This time it was a biography of Howard Kippenberger, a famous New Zealand Brigadier. Kip spent much of his time in command of a brigade of the New Zealand Division during the campaigns in the Western Desert and Italy. He was a professional commander who had the respect of his men. The narrative conceit is "was Kip a great military leader". While attempting to argue this the account gets reasonably technical but gives a great deal of humanity to Kip and the people he interacted with. There are some spine tingling accounts of action. Ever heard of Manahi? He should have got a VC. Readable and should be read.

In other regulation news, the Government will also develop a code of practice for home equity release (HER or RAM) schemes this has more

This article has one of the worst headlines I've read on a piece about the economy for a while:

This is not the case. While the article improves, critical early paragraphs give the sense that continuously rising house prices are a Good Thing and that by implication falling house prices would be a Bad Thing.

Anyone for another asset price bubble?

There are plenty of factors besides house prices on which the economy depends, as we were so rudely reminded this last week with the suspected hoax notification that Foot and Mouth disease had been released.