Counting the Cost of Compliance

I just got a link to the Business Cost Calculator from Rob Dowler. This is what the MED's website has to say about it:

The Business Cost Calculator (BCC) is an IT-based tool that provides a framework for government officials to calculate the compliance costs for business associated with alternative regulatory proposals.

Compliance costs are the costs to businesses of performing activities associated with complying with government regulation.

The key purpose of the BCC is to support the preparation of quality policy advice and sound regulatory decision making processes.

The BCC is based on the Dutch Standard Costing Model and uses an activity based costing methodology.  It works by providing a framework that enables the identification, categorisation, calculation and comparison of compliance costs associated with alternative regulatory interventions.  It uses 9 compliance cost categories:

I did wonder briefly why the Australian calculator is public yet the NZ calculator is only available to public servants. A wee cultural difference there perhaps? I prefer Aussie openness, even if it is highly unlikely to be used by most private-sector managers.

At Chatswood, we have at various times modelled one-off and ongoing costs of compliance with the FAA for companies and also for advisers. Our approach combines three different sources of review:

We like to use visual modelling tools - dashboards - to enable rapid scenario development and sensitivity testing.

We think that scenario planning for activities and costs should be an integral part of the planning process for the business, and we have got new third-party resources to help us do that - but more on those people in another post. 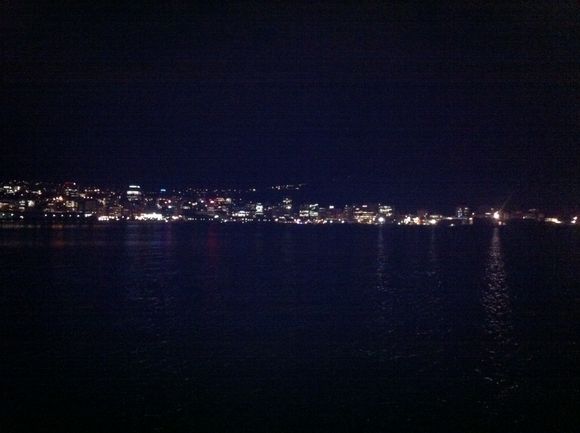 This is something we come across a lot. Let's say you have a great business that often discovers insurance opportunities - or is closely related to the purchase of insurance. You suspect that the greater part of that is an opportunity in the business sector. After all, that accounts for a large and profitable part of your wider business.

Yet there has been a problem realizing this opportunity. You have been unable to get the referral activity up to a level that supports your sales plans. Therefore your sales team has had to rely on business it can ‘hunt’ rather than a flow of business from your existing clients that you manage. In consequence your sales term is more ‘self-managed’ than actively-managed – and sales practices diverge considerably. That creates compliance risks. This segment of your business may therefore be more troublesome than you first thought.

We think that the key is addressing the referral activity, and regaining management control of a sales team that is currently a 'black box'.

Quake Claims by the Uninsured

A sad reminder, but insurance is a good thing to buy, if you can afford it.

Another Emerging Market for Insurance - the Gulf

A quick post on the subject of pensions, their funding, and the age of retirement. Put simply, the age of retirement has not kept pace with rising longevity. That's not a problem provided one is wealthy enough to retire early, but that should be a choice, rather than an entitlement. The safety net is much much cushier than it was originally intended to be. This article particularly caught my eye as New Zealand rarely features prominently in such data sets. Link.

A good antidote to the globalisation scaremongering that goes on - a 2 minute read filled with statistics that show gloablisation is nowhere near as strong as you think, and actually much weaker than it was before the second world war.

In financial services, although the GFC has shown that there is a high level of integration in some senses - in others, not so much. Kiwis lost their money in local finance companies. In Life insurance, even more so, there are only a handful of truly global insurers, and even fewer global insurance products. Retail financial services pretty much expire at the border.

Congratulations to Grant Hill, formerly of TOWER, who has taken up the role of Head of Marketing, ANZ Wealth.

My latest piece for Goodreturns can be found here.

Professional Bodies in the New Era

This article was interesting from the title onwards. The selection of the word 'professional' in the title suggested a view of the role of what had often been referred to as 'industry' bodies.

On the other hand an industry body would focus on advocacy - promoting the industry, it's services, it's members, and their role in the sector. They would have a stronger advocacy role on behalf of members.

In a vibrant sector both would exist, or they may be roles of different groups within one organisation.

Regulators would tend to see the former as more valuable. Advisers may or may not agree. I think the best reason for advisers to take on professional body membership is to demonstrate higher standards than those required by regulation and the Code and promote that advantage in their business.

Neither role (industry or professional body) precludes the development of other organisations which may offer many similar services. Dealer groups, adviser services businesses, aggregators, and managed 'channels' run by product providers. All these will overlap in many areas.

As we have already seen so far with the implementation of the Financial Advisers Act and associated regulations, as well as the FSP Act there is rising comlexity and therefore greater demand for expertise which is often obtained through these organisations.

The demand for all will rise.

But which will dominate?