21 Diseases the Doctors Haven't Figured Out Yet

Chantal Marr from LSM Insurance lists the 21 diseases Doctor's are puzzled over here.

Today AIA launch their brand new product, Mortgage, Income and Rent Protection. They have also announced a number of enhancements to their Trauma Cover and Income Protection Agreed Value. Along side these product changes they also have some underwriting improvements. 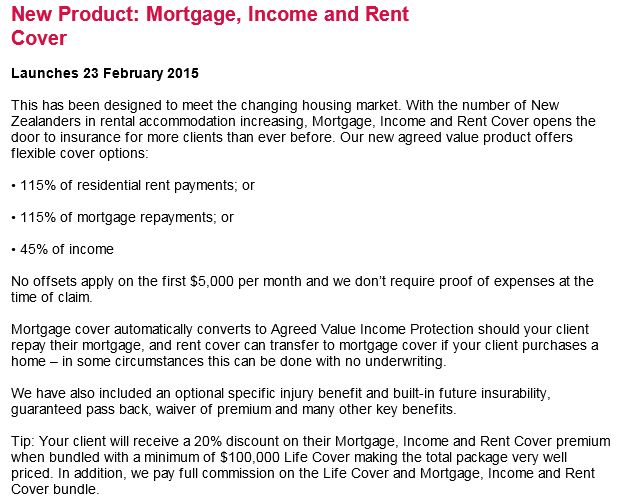 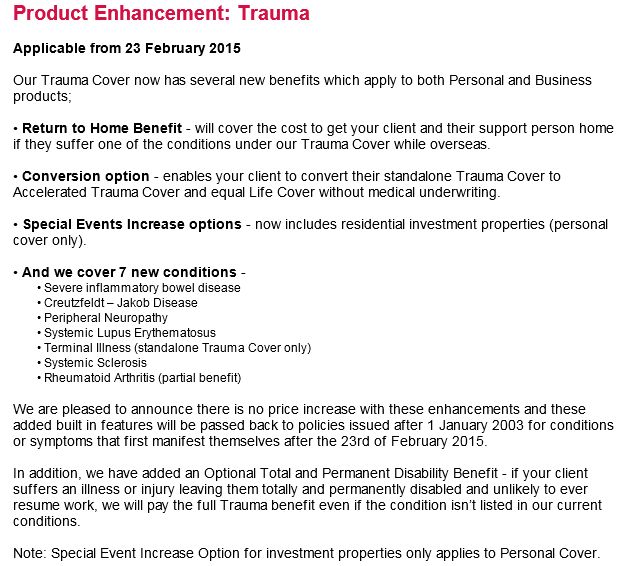 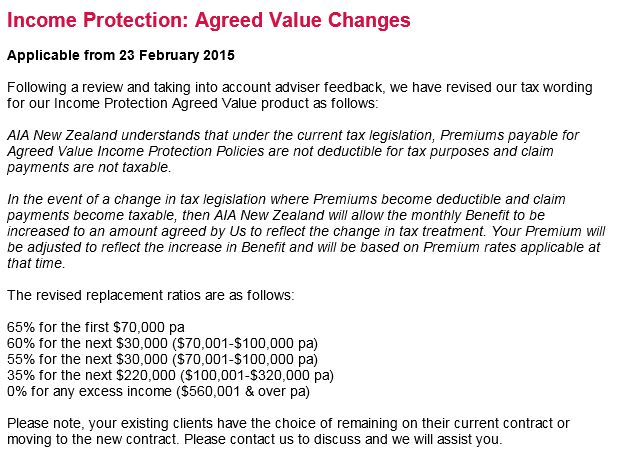 You can read a review of the AMP New Zealand result at this link.

If you have read the goodreturns article at this link on the FAA review timeline then I would just like to add that I would be delighted to be wrong.

Simon Papa at Cygnus Law has a new blog which has been picking up on Financial Market's legal matters. You can check it out at this link.

A great piece on the commencement of a shared bank account by Elizabeth Davies at Interest. Link.

Friday Fun: You Don't Have to be Young to Have Fun

Friday fun does have an insurance twist to it - just - if we stretch that to travel insurance.

Recent research carried out by TNS on behalf of Southern Cross found that about one in ten Kiwi travellers aged 50 or over found romance while on holiday.

Only 25% of these romances were said to have lasted longer than the holiday, the lowest figure across all age brackets except equal with 30-39 year olds.

“When we think about holiday flings, we tend to think it’s younger travellers who are having all the fun, but our research shows otherwise. It just goes to show that holiday flings aren’t just for the young, but for the young at heart as well,” says Craig Morrison, SCTI CEO.

Financial Advisers: What is The Big News?

What is the big news for you at the moment? Are you excited by the range of 'major', 'progressive', or 'serious' Trauma products? Are you keenly switching to level premiums and commissions? Are you closely following the changing fortunes of a select group of insurers? Are you more concerned with your clients, your marketing, and service? Do drop us a line if you tell us what is on your mind.

Latest Goodreturns Piece - when is advice not advice?

You can read my latest piece on Goodreturns: "When is advice not advice?" Link.

New Zealand is growing fast. In fact our rate of growth in population has been faster than China, Australia, and the UK. This article highlights the impact the addition of 500,000 people has made over the last five years. Link.