If Only Industry Bodies Could Work Together

In his incredible work of observational economics ("The Wealth of Nations") Adam Smith identified the tendency of business folk to collude. Since then it has been accepted that consumers have generally been better off when companies from the same industry do not talk to each other too much about certain things. But there are limits, and sadly, New Zealand is exploring those limits.

The only patchy coverage of the market that will remain if both the HFANZ and FSC lack major industry players from their memberships renders market data almost useless. Market data has been one of the main reasons for membership. Lobbying on common issues, such as potential legislation, promotional campaigns, standards, and tax matters are other useful services, but are less reliably valuable. These too will all suffer if reconciliation cannot be managed.

It would be a great shame.

But the associations cannot simply stand back and wait for insurers to return. They need to look hard at the value they deliver for the cost of membership. They also need to have better rules to manage friction between members. Recent disagreements should not form a long-run barrier to future co-operation - the next couple of issues to face insurers may see them all line up together to deliver a better outcome for all New Zealanders rather than splitting down the lines of different distribution channels as they have in the past.

The economics could be improved if the Healthfunds organisation were part of the FSC.

Here is some information from the Mind The Gap Forum held in November:

The Financial Impact of Partnership Break-ups

Susan Edmunds writes on the financial impact of partnership splits in this article. Link.

Richard Meadows, writing on Stuff.co.nz has this excellent article about Lotto. This is the part that caught my eye:

I once interviewed a bunch of private bankers and financial advisers who'd dealt with Lotto winners. Their clients were beset by an army of moochers and scroungers. Relationships with family and friends soured. They quit their jobs, and lost all sense of purpose with it. Many fell into bad habits, and blew the lot. After dealing with couple of "winners", one of the advisers was so shaken that he never bought a Lotto ticket again.

A Manifesto for Small Teams Working on Big Projects

Seth Godin has this excellent manifesto for small teams working on big projects. It is absolutely right. After reading this I realised something about the work we do here. Quality Product Research Limited is a team of seven, led by Alan Rafe. We have achieved some pretty big things for a small group of people. When we are operating really well, it is because we are operating pretty much on the principles suggested by Seth Godin. Well worth a read if you have big goals and limited resources - which I think pretty much describes most of the adviser businesses and insurers in New Zealand.

KiwiSaver: How Sick Do You Have to Be?

KiwiSaver can be dipped into if you are suffering from serious illness or financial hardship, but just how hard is it to qualify for either of these? This article in NZ Herald discusses just how hard it is to judge whether or not your circumstances will allow you to withdraw funds from KiwiSaver.

"About a year ago I did some serious investigation into joining KiwiSaver, but decided against it because I could not get a definite answer to my questions. I have multiple sclerosis, which at some point may prevent me from working. If it does I want to be able to withdraw my KiwiSaver. I thought KiwiSaver would have a list of illnesses that qualify, as with life insurance early payouts, but it would appear that is not the case. The conclusion I came to was it would depend on the committee and the day."

Fund managers should make these provisions more explicit and they have no excuse not to do so. It is not good enough to have a committee make the choice - inequity is bound to creep in as some will be granted and some will not and the criteria will vary. Insurers have successfully defined thresh-holds for payouts for decades. Rather than having a list of diseases that qualify, there should be a definition of disablement that qualifies. That should be backed up by a terminal illness type of qualification.

I think the logic works like this, if you are effectively being pushed into early retirement by disability, then you should be able to access your retirement funds. Or put another way, caution is well and good, but the money should be there to spend while you still live.

Henry Stern at Insureblog has this excellent post reporting on some more encouraging news from the UK that vaping may help people avoid smoking cigarettes. The debate obviously continues to rage. We linked only a few days ago that WIRED had reports of e-cigarettes blowing up.

Accuro have recently updated the way quotes are done on their website. Here are some screenshots and commentary on design.

If you are thinking that this looks like the start of an application, more than just a quote you are right. 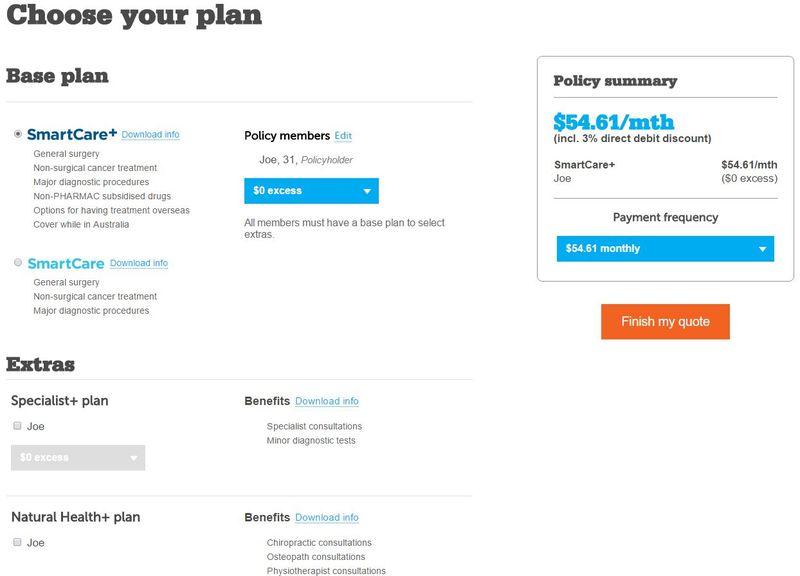 The layout is nice and clean and if you were thinking that the different components look like they are responsive, then you are right again. The process works nearly as well on a smartphone as it does on a big screen.

At this point the quote truly does become an application. The system allows you to enter answers to questions, or upload your health information. I am particularly pleased to see the latter option, although if more than one application in a hundred uses it this year I will be surprised. Few GPs are offering clients access to their own information. Too few. If Accuro can stimulate a little more demand for that service it would be doing everyone a favour. 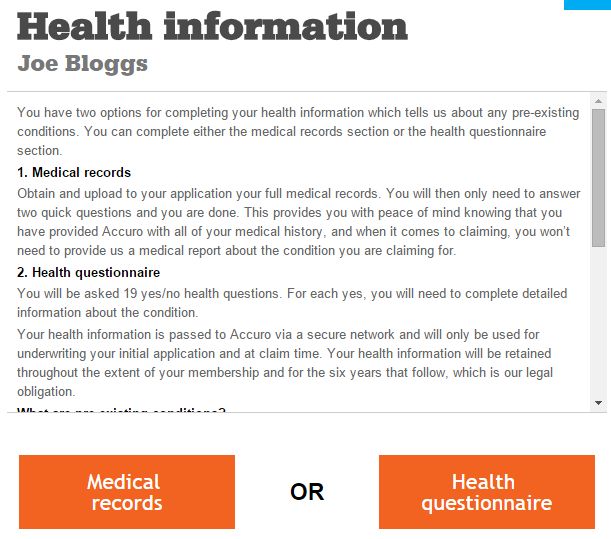 Sovereign Study Reveals a Third of Kiwis are Sleep Deprived

Sovereign have recently released a study which reveals a third of Kiwis are sleep deprived. Those suffering most are those aged between 35 and 49, and the majority females. Stress, emotions and electronics were noted as key sleep disruptors. Sovereign's Chief Medical Officer, Dr John Mayhew, says the value and health benefits associated with a good night’s sleep shouldn’t be underestimated. Read more here.

In our household we have a bed-time for the kids, we have a shut-down time for the wi-fi router, and we have a routine. We track sleep along with exercise and we know that getting 7+ hours a night is the key to having a good week and being nicer to be around.

Goodreturns posts to read today are:

AMP results announcement, with mixed news from the insurance division: a 4% reduction in premium income, but significant improvements in lapses (now down to 11.9%) and experience profits. Link.

My piece on the advice gap, extending the line of thinking started by "crowdfunding does not equal insurance". Link.