This Friday the 30th of November is World Aids Day. 42% of Kiwis say they would feel uncomfortable eating food prepared by someone living with HIV, and 46% of New Zealanders would be uncomfortable letting their child play with a child living with HIV. That's a shame, disease is conquered by science, not by prejudice. The major aim of World AIDS Day for NZAF is to help end HIV stigma. That would help a lot in terms of getting the right things done - people getting tested, taking steps to prevent the spread of the disease, and eventually we can end HIV. The insurance industry has some way to go to help out - we could change policy wordings and cover HIV, as has been shown by AIA's recent changes to their medical policies.

Today, 30 November 2018 at 4pm the sale of OnePath to CIGNA New Zealand was finalised. This means that CIGNA is now the new owner of OnePath.

Congratulations to CIGNA, Gail Costa and her team. I expect this was a complex and difficult process. Yet, the work has only just begun, as turning OnePath into an effective adviser unit within the CIGNA business will doubtless involve a lot of work. Nevertheless, as today is Friday, I hope they get to pause and enjoy this significant milestone.

Congratulations to Fidelity Life who took home the Life Insurance Company of the Year and Accuro Health Insurance who walked away with the Innovation of the Year award. 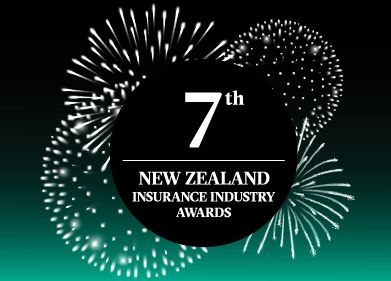 The RBNZ has included New Zealand Life Insurers in a brief section in its Financial Stability report, as reported on goodreturns. You can read the full report at this link. More worrying than the report content, was the comment by Adrian Orr that the life insurance sector should expect rougher treatment than the banks when the report on conduct comes out in January next year. Worrying, perhaps, but not unexpected, given the conduct issues highlighted in Australia.

As expected AIA, will be called AIA. Goodwill for the "Sovereign" brand is overwhelmed by the benefits of choosing a very large, powerful, global brand for the business. While it may be somewhat sad for those of us who liked the Sovereign brand, it is a logical choice for the business.

This week Partners Life announced a number of changes to products saying they are based on adviser feedback, claims experience and competitive positioning. The changes are effective from the 5th of December and here are some of the highlights:

These are some of the changes featured in Partners Life's announcement but more can be found here.

Here is a little bit about the newly formed product team from Partners Life: 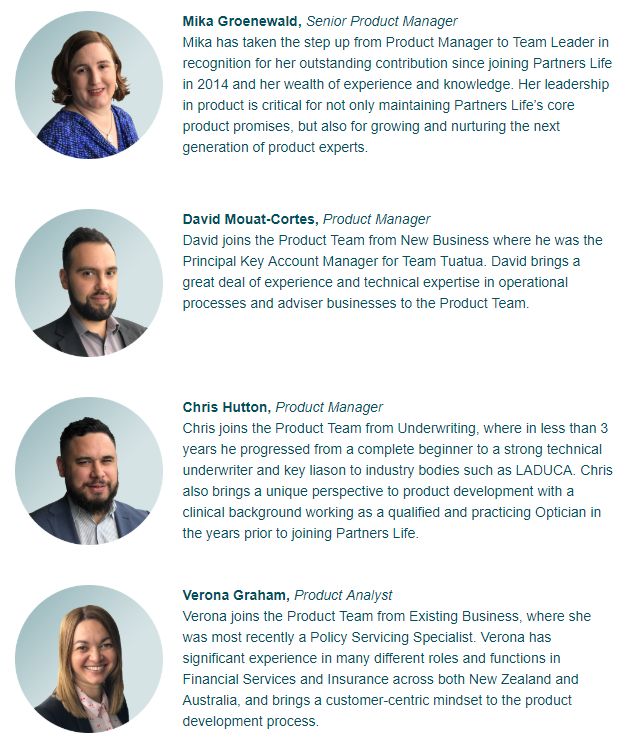 Posted by Russell Hutchinson on November 29, 2018 at 07:56 AM in Partners, Pricing and Premiums, Product features | Permalink | Comments (0)

The FSC has improved the look and responsiveness of their website - making it much more suitable for use on mobile devices. Do check it out: link.

The FMA has posted a warning about a financial adviser. You can check out the warning at this link.

The Financial Markets Authority (FMA) has issued a public warning about Brian Ferguson, a registered financial adviser from Palmerston North.

In two separate instances, Mr Ferguson either personally carried out or requested a member of the administrative staff to insert a client’s signature on documents by creating a copy of the client’s signature and physically taping it onto the missing signature box.

The FMA accepts that Mr Ferguson’s conduct was not intended to mislead those purchasing the policies. However, the conduct was likely to mislead the insurer who did not know of the substitution.

This warning is being made public to deter both Mr Ferguson and others in the market from engaging in similar misconduct.”

The misconduct occurred between approximately October 2016 and April 2018, when Mr Ferguson was employed and/or contracted by Preferred NZ Limited. The matter was referred to the FMA by Preferred NZ.

According to this article on Goodreturns the FMA has experienced a rush of applications for authorisation from financial advisers in the lead up to the new code of conduct taking effect.

Planning: Power to your New Year

Prepare for your new year by organising yourself to plan. Over the next few weeks I shall post on planning and growth themes. Here are some of the subject areas:

Meanwhile, check out this excellent post from Seth Godin, which nails one of the most common issues in going after new goals. Link.