The quarterly commission comparison has been updated to include details for the following events:

If you are a regular subscriber to the commission comparison model you will receive your report summary and updated model today. If not, then please drop me a line.

Newpark has appointed Peter Lycett as General Manger, Performance and Growth. Lycett has been working as an AFA for the past eight years and has previous experience as a litigator.

Can you spot a good client outcome when you see one?

Some consumers might struggle with the idea that you pay for insurance for a couple of decades, receive no claim payment, and this is a good client outcome. When I look at the range of conditions covered in my trauma policy, I am pretty keen on that result myself.

But it is, perhaps, easy to think of 'getting nothing' from your insurance. When in practice, the client got something the moment they signed up: relief from the worry about how their family or business would cope in the event of disaster. Then later, gratefully cancelling a policy after having paid premium all those years, knowing that, you won in the best way possible. That's a good outcome in my books, but of course, not everyone agrees.

An adviser shared with me a series of emails between him and an insurer which showed that in this case it was the insurer who found it hard to spot a good client outcome. A couple of large trauma cases were cancelled by some people who were getting on in years and no longer needed the cover. They had the cover in force for about 20 years, and were paying very substantial premiums. It was time to stop. The insurer saw the impact on the adviser's persistency rate and thought the worst, and started to investigate the adviser for what they suspected might have been a case of churning the client. This is a good example of over-reliance on one metric: persistency. It also over-determines the value of retaining cover. I'm a big fan of insurance, but there are occasions when it is right to cancel it, clients can outgrow their cover, by age and financial situation. I felt this case was one where the insurer should probably have celebrated a job well done over the years - for them, for the client, and by the adviser.

Cook your own food

New Zealand Ministry of Health have stated that more men die from a many illness such as heart disease, lung and colon cancer and diabetes when compared to women. It is suggested that men incorporate whole grains, legumes and veggies into their diets as these food sources contain antioxidants, essential vitamins and minerals and have high fibre content - which can help to reduce the incidence of all these. Cooking for yourself also tends to reduce the amount of salt and sugar used. Being conscious of ingredients and taking ownership of the process of preparing a nutritious meal for one's children also tends to have a positive effect on one's own eating habits. So the Ministry may be on to something with this suggestion. They found that although many men are interested in the idea of cooking, less than a quarter of men cooked at home more than twice a week. 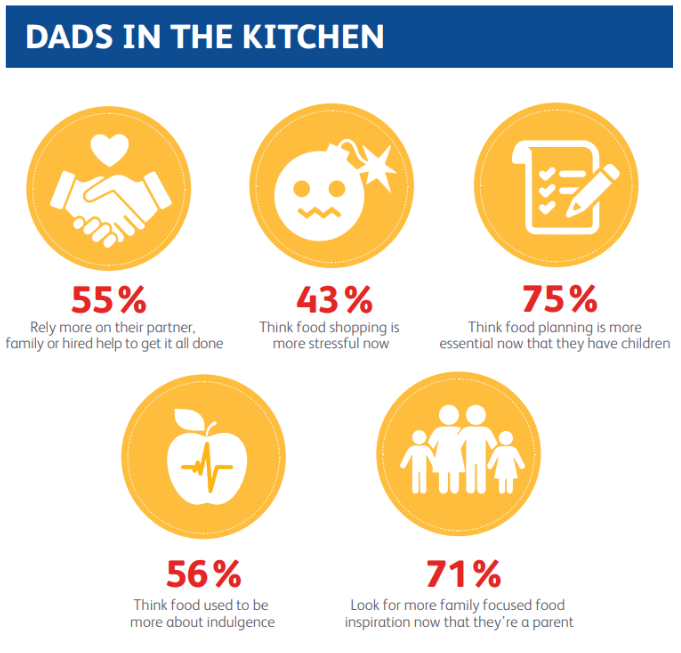 Can the world eradicate another disease?

Our world in data asks whether it is possible to eradicate another major disease:

Wouldn't that be good? To find out more, click here.

Trevor Slater, client director at Financial Dispute Resolution Service (FDRS), is set to leave after 20 years of service. Although Slater leaves FDRS, he leaves in high spirits and looks forward to the next chapter in his career. The Chatswood team wish him success in this new chapter of his career.

Asteron Life have simplified the way of getting a Special Events Increase on Kids Cover. From 14 May, customers and advisers can call the Asteron Life contact centre number (0800 737 101)  to have their increased processed and approved

The Adviser Business Association is looking to offer licensing support to independent advisers. Wealthpoint gets a great start with 52 members that were formerly AMP adviser business.

Asteron Life has ditched the concept of a separate production bonus, bundling the additional commission element into a single new business commission number. It has been sometime since production bonuses were, strictly speaking, based much on an adviser's individual production, largely because of competitive pressures and the role of dealer groups. Many years ago, due to aggregation, but since then, simple competitive pressure.

Today conduct and culture issue of incentives has put the final nail in the coffin of production-linked commission rates, at least, that is, with Asteron Life. Although in practice, most insurers are not far from the same situation anyway, and some have already got a similar approach. For more detailed modelling of this change, a comparison of commissions with the Australian Life Insurance Framework, and an update on the current situation with regard to soft commissions, please refer to the Chatswood Consulting commission survey.

You can view the media release here: https://www.beehive.govt.nz/release/new-advice-safeguards-will-protect-consumers

You can view updated timelines, the Cabinet papers and Regulatory Impact Statements on our website: www.mbie.govt.nz/faareview and related pages

Now is the time for industry to familiarise itself with the new requirements and complete preparations for the coming changes. This includes determining how you will operate in the new regime and how you will comply with the legislation and the new code of conduct for professional advice services, and obtaining transitional licences when applications open.

MBIE will soon be consulting on the draft disclosure regulations that will apply in the new regime. We encourage you to review the draft regulations when they are available and to provide any feedback on how you think they will work for you. 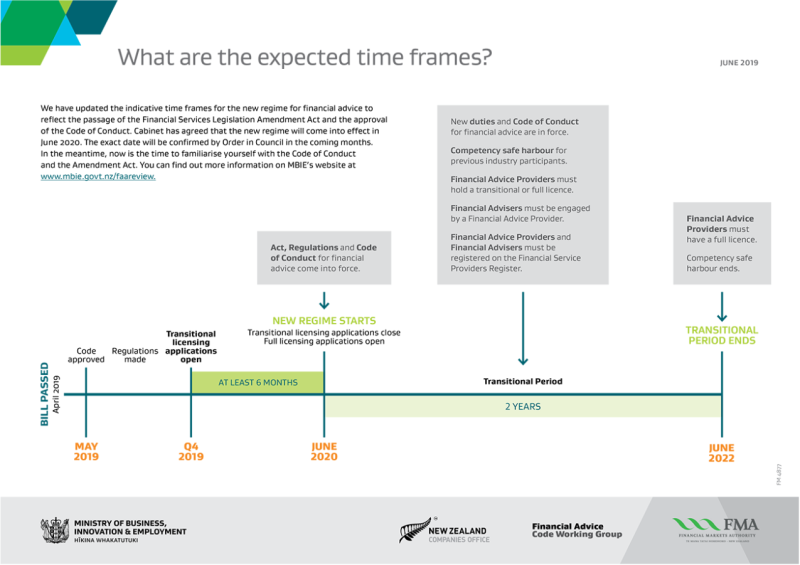