What does commission buy you?

The argument over commission, and the effect of conflict of interest created by commission, is the insurance industry's equivalent of the great debate over whether advisers add value.

Supporters of the validity of the commission model received a boost on Friday from an unlikely corner. APRA's research, backing up a survey by ASIC not long ago, shows a greater percentage of admitted claims if the client received advice compared to a non-adviser individual cover see this link and table below:

There is some nuance to consider.

Advisers tend to sell a broader cover mix. When clients buy income protection cover direct, the contracts tend to be issued based on short-form underwriting and have tougher terms. There are some stand-out numbers. The first is TPD where advised clients enjoy higher accepted claims rates over non-advised by a large margin. The second is 'accident' which is very rarely sold by advisers, but there appears to be a startling gap there, showing that non-advised clients do better in that case. 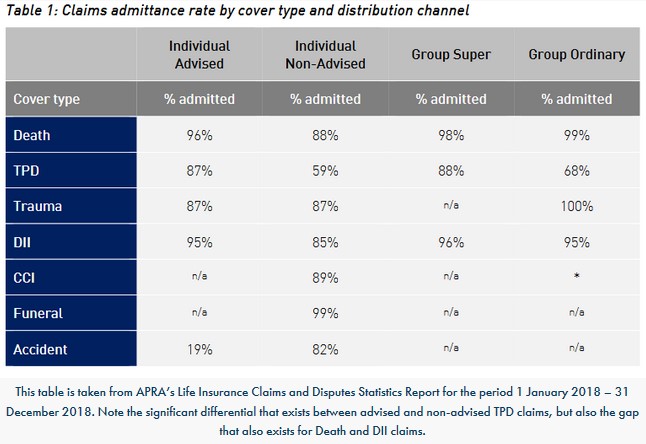