AIA were among the big winners for the first ever Women in Insurance Awards at the Hilton in Auckland last night.

AIA’s Chief Customer Officer, Sharron Botica was awarded the Insurance Professional of the Year award while Maddie Sherlock, AIA’s Technical Underwriting Manager, was recognised as a finalist for the Rising Star – Insurer award.

Nick Stanhope, AIA New Zealand’s Chief Executive Officer who was at the event said, “AIA has always been committed to a gender diverse and balanced workplace that supports and empowers women to succeed, and so it is great for Sharron and Maddie to be recognised.”

“We are very proud of what Sharron has achieved and to see our staff recognised for their hard work.”

Angela Busby, AIA New Zealand’s Chief Strategy Officer who presented an award at the event, said that, “It is a testament to AIA’s commitment to diversity and inclusion that 60% of our executives are women. Events like the Women in Insurance Awards, where we have the opportunity to support our female staff and demonstrate our leadership in this space, are crucial to the industry as a whole.”

Theresa Gattung CNZM, who chairs the board and was at the event to see Sharron take out the award said, “I am delighted for the team.  As a business we have made conscious efforts to embrace gender equality as well as diversity, health and wellbeing.  This award is well deserved.”  The awards were presented at the conclusion of the annual Women in Insurance Summit in Auckland on the 30th July. The awards were set up to champion successful women in the insurance industry. This was the first year the awards were introduced to the summit. 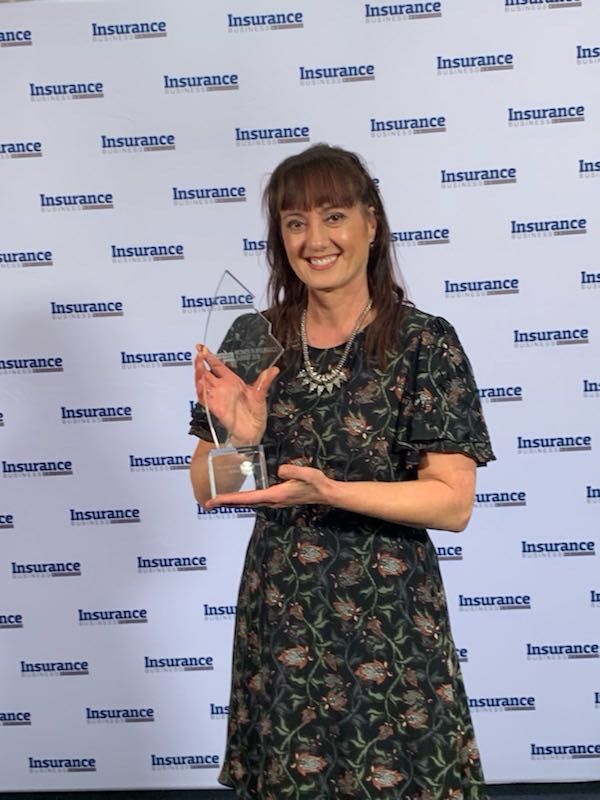