With a growing issue of child obesity, the Chilean Government implemented several preventative measures in 2016. The government:

The new regime increased consumer awareness, ensured that Chile reduced the number of premature deaths that occurred each year as a result of obesity as well as ensuring that national healthcare costs wouldn’t skyrocket as a result the increased rate of obesity.

I am not sure if Chile's policy decisions are the right ones, but it is a challenge to us to consider what we need to do. New Zealand has a problem with obesity. Compared to Chile, our situation is much worse. Chile is about the 60th most obese country with an average BMI of 26.8, compared to New Zealand at 28th most obese country with an average BMI of 27.9. Although obesity is listed as only the fifth largest cause of deaths by risk factor (see below) it is also strongly correlated with high blood pressure and high blood sugar - often diet being a common cause of all three. 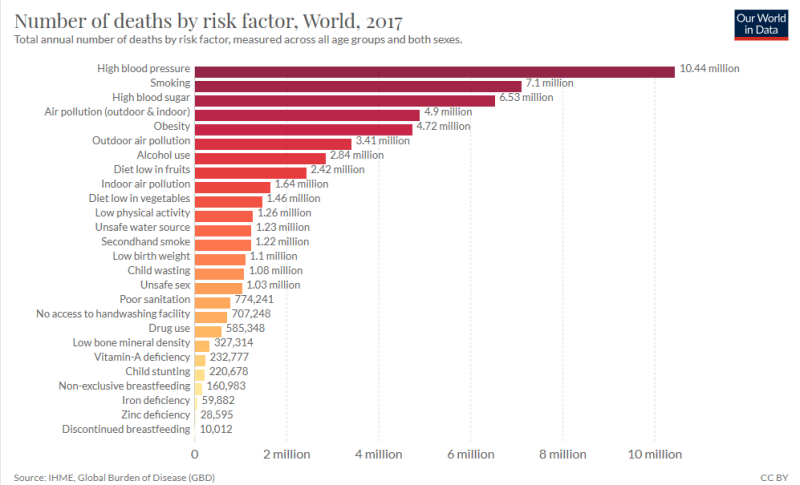