It has been announced that 60% of the AMP Capital private markets investment business will be purchased by Ares Management. It was previously reported the non-binding sale was off the table. The new sale proposal is a more limited joint-venture that will allow Ares to acquire the majority stake in the AMP Capital infrastructure debt, real estate and other minority interests. This is stake is valued at A$2.25 billion. AMP will own AMP Capital’s public markets businesses, with the Multi-Asset Group transferred to AMP Australia.

“Ares Management will buy 60 per cent of the AMP Capital private markets investment business in a proposed deal announced this morning.

After ditching efforts to by all of the ASX-listed AMP in February, the US investment firm has instead opted for a more limited joint-venture arrangement to be explored over the next 30 days in a just-inked non-binding heads of agreement.

Under the deal Ares would acquire the majority stake in the AMP Capital infrastructure debt, real estate and other “minority interests” valued at A$2.25 billion, according to a release issued this morning.

“AMP will retain ownership of AMP Capital’s public markets businesses, which in FY 20 made a modest NPAT contribution,” the statement says. “The public markets strategy will continue, including the Multi-Asset Group (“MAG”) being transformed and transferred to AMP Australia, and actively exploring sale or partnership opportunities for the Global Equities and Fixed Income (“GEFI”) business.” Click here to read more

nib: nib conducting another review of existing members policies' exclusions and loadings. Members with special terms on their policies will be contacted by nib directly 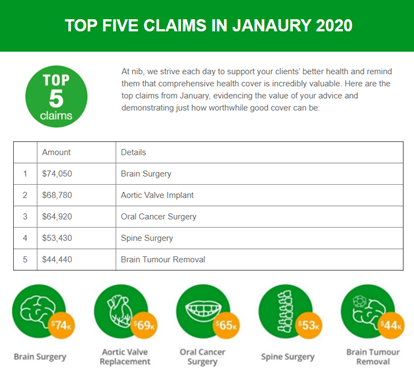