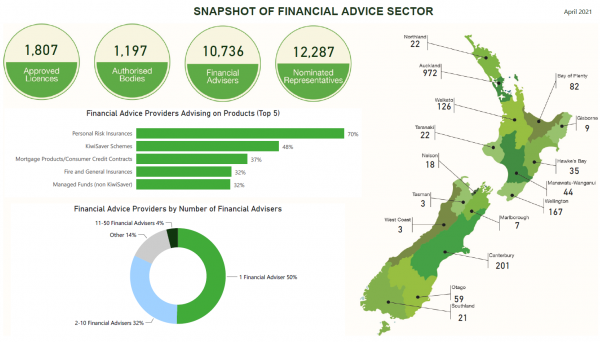 13 Apr 2021 – RBNZ announced the establishment of a new standalone Enforcement Department to promote confidence in compliance across regulated sectors. The Enforcement Department is operationally separate from the Bank’s Supervision team, but the two will work closely together to achieve the Bank’s compliance goals. https://mailchi.mp/rbnz.govt.nz/reserve-bank-launches-new-enforcement-department?e=1769bcd465

24 Sept 2020 – FMA released a report on its supervision activities over the past 18 months. https://www.fma.govt.nz/news-and-resources/media-releases/fma-issues-supervision-report-2020/

The development in Australia where responsible lending rules are being axed is of considerable interest. In specific terms I do not know enough about the details of the Australian lending legal and regulatory framework to comment. In general terms there are some good questions to be asked about what rules are fit for purpose in an environment with very low interest rates for borrowing and with other consumer protections and processes available. I shall take a look at that development with some interest. Given the involvement of our current Minister of Commerce and his work on predatory lending practices I doubt this is going to appear on his agenda.

Legal and regulatory news for the life and health insurance sector

26 Aug 2020 - ANZ Investment Services (New Zealand) Ltd announced it will stop accepting new investment into the Bonus Bonds Scheme and, following two further prize draws, will wind up the scheme over the next year.

26 Aug 2020 – RBNZ advised that the Ministry of Health granted an exemption to enable registered banks and licensed non-bank deposit takers to carry out critical financial services at Alert Level 3.

In addition to the recent post on economic commentary, here is the Treasury main page for COVID-19 impacts on the economy and related papers. https://treasury.govt.nz/information-and-services/new-zealand-economy/covid-19-economic-response/commentary

Clients that subscribe to the quarterly life and health review and quarterly market data can expect to get an interim paper on forecasting and planning methodology next week.

Sense Partners has a series of charts that aim to provide tracking data on the economy that is much more up to date than monthly and quarterly data sets. It is well worth a look: http://www.sense.partners/views

We are continuing to work in a distributed fashion - all our people will be working from home unless it is absolutely essential to visit the office in order to maintain the maximum social distancing. If you need to contact any of us, me, Fran, Jerusalem, Kelly, or Rob then please email or call our mobiles.

Although, in order to support our local businesses, I will be popping out for a walk to my favourite coffee spot to pick up a takeaway coffee later this morning.

Swiss Re's paper offers a good global insight - thanks to Financial Advice New Zealand for picking up on this one. They predict a deep but relatively short recession in comparison to the global financial crisis. "Short" is a relative term, as in many markets worse affected by ours, that recession lasted years. They are worried about inflation due to the massive stimulus being applied to western economies.

When The Economist wrote this article about the importance of a hedge against sudden inflation (published in January, back when COVID-19 was barely known) I did not really think this was the biggest risk - quite the reverse. It now looks to be wise indeed.

Tony Alexander's articles provide a view laced with plenty of local data to help bring it all back home to our current situation. He's an optimist, but perhaps not as optimistic as Vittoria Shortt, ASB Bank CEO, who was reported in the NZ Herald as saying that the economy will be back up to about 80% of its capacity in level three - although when you scan her quoted statements in the article they are all more conservative than that.

New Zealand: a world leader in... 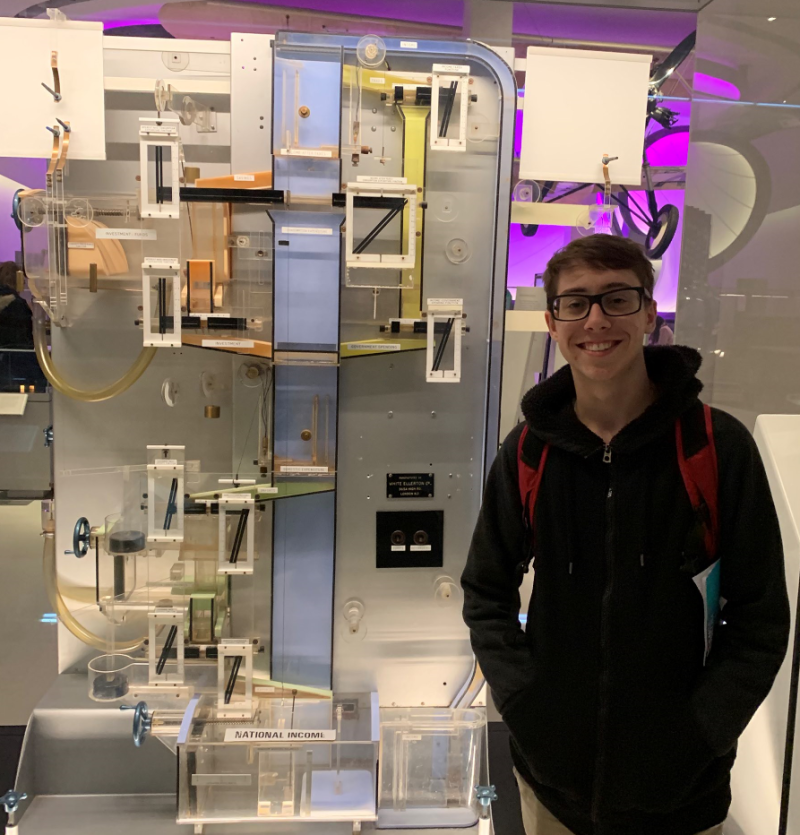 This is a picture of a Moniac (along with my son Jacob), a hydraulic computer, modelling an economy at a high level. It is a New Zealand cultural and scientific artifact, invented by Bill Phillips. Phillips was a New Zealand economist, but if you read his biography, you discover that before that, he was an adventurer. It is well worth reading about Bill, who was trained largely by observation and had a brilliant, critical mind, unusually coupled with a an inventor's belief in the possible.

This photograph was taken at the science museum in London. But you don't have to travel so far to visit this icon, as there is also one in the Reserve Bank building, in the small museum on the ground floor, which is open to the public. If you have some time between appointments next time you are there I recommend popping in.

As a response to the growing threat, a UN commission has recommended an immediate and well-co-ordinated action plan be implemented and exercised to ensure that we avoid a catastrophic event that would result in dire economic outcomes that the World Bank believes could be equivalent to the global financial crisis of 2008-09.

Although pharmaceutical companies have failed in the past to conjure solutions for pressing medical issues, developments relating to antibiotics have been poor. To restrict antimicrobial resistance doctors often refrain from commonly using novel antibiotics. Novel antibiotics are seen as the last resort and are only used for short periods of time. Unlike other medicines, the price of antibiotics is often set low, giving pharmaceutical companies very minimal motivation to develop their current products further; this has the negative implication of discouraging investors from approaching and potentially working alongside antibiotic firms.