The joint IFA PAA conference has been great so far and I am looking forward to Friday. Here was a quick shot from Oliver Hartwich's talk on the future for New Zealand. Twin themes of educational performance and house prices were both tied back to political organisation and the relative weakness of our over-large councils. Do pop over and visit the IDS stand which Quotemonster is sharing. We are demonstrating the new needs analysis functionality (now available for subscribers to the research service). Alan, Kelly, and I will be at the stand all day Friday. Look forward to seeing you there. But if you aren't at the conference and you would like a demonstration please email me and I shall let you know when we will be nearby and we can demonstrate it to you.

Which provider, lender and BDM's stand out the most in your industry? Now is you chance to vote - click here for more details.

David Chaplin writes on the IFA and PAA plans for a new Advice organization at Investment News NZ. Link.

The IFA and PAA

I spoke with Rod Severn this morning about the plans that the PAA and IFA now have to create a new representative body.

I think this is a good idea, partly, because New Zealand is a bit small for 18 different organisations to cover the interests of consumers, product providers and advisers. I think the interests of providing advice are sufficiently different from those others that I expect some division will remain. But that still leaves eight. To save space I shall use only their initials, in no particular order they are: SIA, IFA, PAA, SIFA, AAA, NZFAA, INFINZ, and IBANZ. Even between them, by some measures, they do not come close to having as members a majority of people that offer financial advice (using the broadest definition of that) because they don’t include most of the roughly 25,000 people that work in QFEs.

A new association bringing together the members of two of the largest would be a good start in building a bigger brand that may bring more members, more professionalism, and more consumer trust. More shared resources might allow for all sorts of things: more specialist resources to devote to different advice processes – the unique challenges presented by giving effective insurance advice is my area of interest, of course. As a member (associate) of the PAA I want to see how that can be enabled.

It is not given that this will happen. Members must decide to make it happen. Rod told me that the next steps in taking these proposals to members of both organisations are as follows:

Reports from the Chairs of both organisations, Bruce Cortesi and Michael Dowling
Meetings in 12 centres around New Zealand to allow discussion
A special general meeting in July

Here is a YouTube video released by IFA and PAA about their recent announcement.

Congratulations to the IFA and PAA - they have announced intentions to form a new joint organisation.

Save the Date: PAA have announced that they will be holding their Auckland Regional Meeting on Wednesday the 22nd of June at Alexandra Park, Greenlane. More details to follow soon. 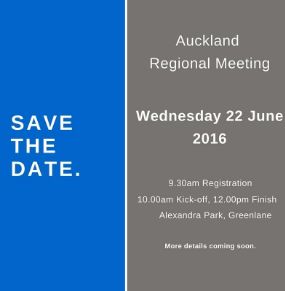 PAA Will Not Advertise Company Product Launches in Future

In a recent email PAA CEO Rod Severn say that they will not promote company product launch invitations in the future. Their statement reads:

"The PAA believes that all members should keep up to date with product development relative to the discipline they specialise in. However, please be advised that this type of communication will not be sent to members in the future, as this contravenes the Associations stance regarding impartiality and neutrality, and that the Board have made it clear that the PAA membership database is not to be used for the purpose of general invitations of this nature."

"I Am Disappointed" PAA CEO on Membership Support for Education Programmes

Rod Severn has issued an email to PAA members telling them off in plain language. He reminds them that one goal of the PAA is "...to promote our members as educated and professional advisers" and then proceeds to lay out some detailed numbers about the low proportion of members that register for educational events and the rate of no-shows for the events even when registered.

I know that this is an issue that regularly frustrates training providers. When we run events we like people to attend if they say they will, and let us know if they are not going to make the meeting. We always try to do the same when we are in the same situation. But Severn has a broader point to make than one about manners:

"It doesn't reflect well on our industry and the level of commitment many members have to professional development ​when only 22.3% register to attend and​ only 16% actually show up."

Imagine if 9,000 registered advisers were actually undertaking one week of study each, per year, and sharing all that knowledge with their clients - the shift in New Zealand's overall financial literacy would be dramatic.

PAA News: What's on the Horizon this year?

Here is the latest 'The Source' newsletter from the PAA covering news in a number of topics including, proposed changes to the Code, FAA Review, AFA authorisation renewel, PAA roadshows and more.

The Nationwide PAA-IFA Practical Professional workshops are being held next month for mortgage, insurance and investment advisers. Click here for more details and to register.