With the move to alert level three travel plans for this week have been cancelled. I shall be in touch with each of you to reschedule meetings that were planned for in-person with either Zoom or a tentative alternative date.  Staff are all used to working from home now and are well set-up to do so. We will clear messages and divert the office phone but you may still require mobile numbers to quickly reach Jerusalem, Kelly, Fran, Melissa, Ed, or me - feel free to drop us an email and ask if you do not already have these.

If you are at an insurer and would like us to help publicise any event changes due to the alert level change please let us know we are happy to blog those for you.

The FMA is currently looking to fill a number of positions within the organisation. The FMA is seeking an experienced accountant to join the Auckland team as a permanent full-time employee.  There is a search for a new Wellington based Intermediate Solicitor, Enforcement. The FMA is in search for a permanent full-time Senior/Adviser Offer Disclosure in both Auckland and Wellington. A new Head of Investment Management in Auckland and Wellington is set to be recruited.

AIA has announced the introduction of AIA Cancer Care. AIA highlights that the Ministry of Health reported that 23,000 New Zealanders are diagnosed with cancer each year. AIA is offering customers the option of purchasing AIA Cancer Care. AIA Cancer Care will cover the medical expenses relating to diagnosis, treatment and recovery. Benefits of AIA Cancer Care include unlimited cancer surgical benefit, access to specialist consultations, diagnostic tests and Pharmac as well as non-Pharmac Medsafe indicated cancer chemotherapy drugs. Customers with eligible policies will be able to join AIA Vitality and earn Airpoints from premiums paid.

With eligible policies you also get the added benefit of earning Airpoints Dollars™ for premiums paid, and have the opportunity to join AIA Vitality, a science-backed health and wellbeing program that rewards your healthy choices.” Click here to read more 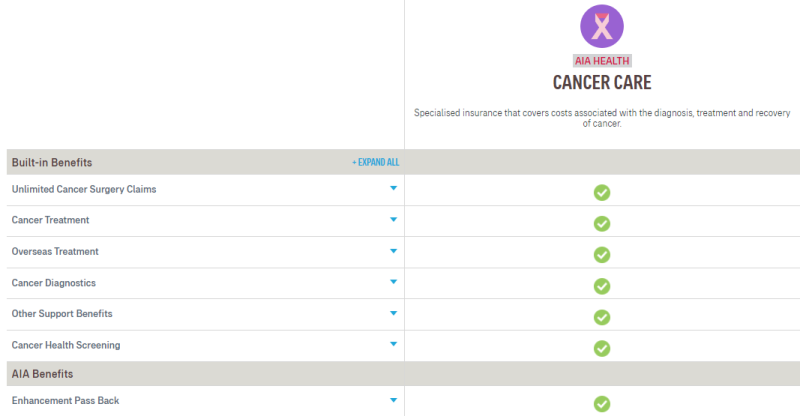 Generate: From FMA to Generate

Legal and regulatory update for the life and health sector

12 Feb 2021 – ASIC announced that six of Australia's largest banking and financial services institutions (AMP, ANZ, CBA, Macquarie, NAB and Westpac) have paid or offered a total of $1.24 billion in compensation, as at 31 December 2020, to customers who suffered loss or detriment because of fees for no service misconduct or non-compliant advice. https://asic.gov.au/about-asic/news-centre/find-a-media-release/2021-releases/21-023mr-asic-update-compensation-for-financial-advice-related-misconduct-as-at-31-dec-2020/

11 Feb 2021 – MBIE published updated guidance to help lenders comply with their responsible lending obligations. Most of the updated Code will come into effect on 1 October 2021, at the same time as the law changes it references. The new Chapter 12, which contains guidance on missed payments and repayment difficulties, will come into force four months later. https://www.mbie.govt.nz/about/news/updated-responsible-lending-guidance-published/

11 Feb 2021 – RBNZ released a paper focused upon the extent to which economic researchers use improper methods to produce more “starry” results. For example, researchers often have to decide whether to delete suspicious-looking data points. If researchers use that freedom to favour “starry” results, their work will suffer from exaggeration. https://www.rbnz.govt.nz/research-and-publications/discussion-papers/2021/dp2021-01

AMP has revealed that the non-binding sale proposal made by Ares Management in October 2020 will not proceed. AMP has highlighted that it will continue to engage with Ares Management in regards to AMP Capital’s portfolio review. The AMP Board has confirmed that a transformation strategy for AMP Australia and AMP NZ wealth management is likely to be the best option for shareholders.

“In a portfolio review of FY20, AMP have revealed that Ares Management have withdrawn their non-binding indicative proposal to buy out AMP.

The report stated that, “Following detailed discussions, AMP has been advised last night by Ares that it does not intend to proceed with its non-binding indicative proposal for 100% of AMP [at] $1.85 per share.”

While acquisition of AMP is off the table, the report states that, “AMP continues to engage constructively with Ares in relation to AMP Capital as part of the portfolio review.”

While the U-turn from global asset management giant, Ares, may come as a surprise to some, AMP’s broader position is one of positivity according to the report.

“The review has confirmed AMP’s transformation strategy for the AMP Australia (Australian wealth management and AMP Bank) and New Zealand wealth management businesses is likely to be the optimal outcome for shareholders. The AMP Board has therefore concluded the review of these assets.”” Click here to read more

FSC Get in Shape summit kicks off, and more daily news

The FSC Get in Shape summit kicked off on Tuesday in Wellington. The two-part conference begun with the advice summit that was made up of different panels with industry experts. The advice summit included an address by Minister David Clark. The second part of the conference was the Masterclass that was focused on licensing, disclosure and advice. The next conference will be in Auckland, followed by conferences in Christchurch and Dunedin next week. 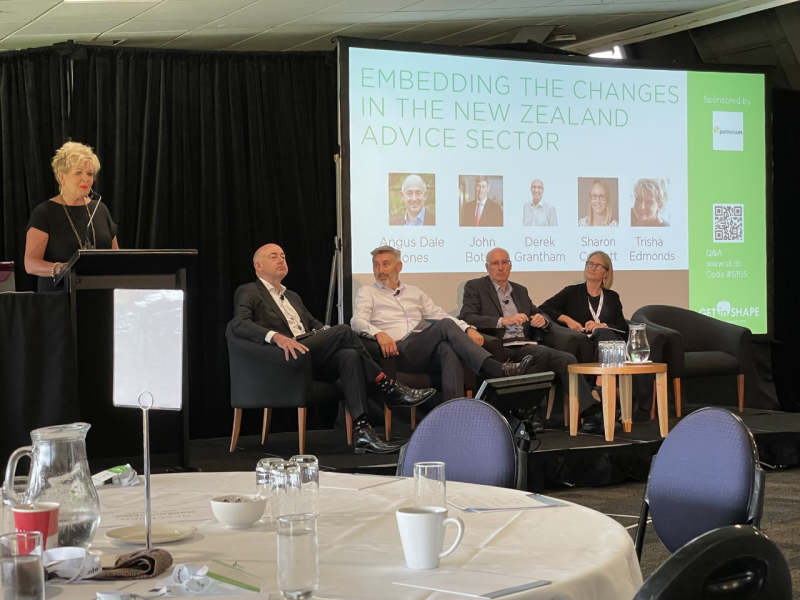 Financial Advice: Financial Advice reports that there have been 1,467 transitional licences issued as of this week with 774 authorised bodies attached to licences. This covers 9,600 advisers.

FSC: Out of retirement villages and into the FSC

Minister of Commerce and Consumer Affairs at the FSC conference 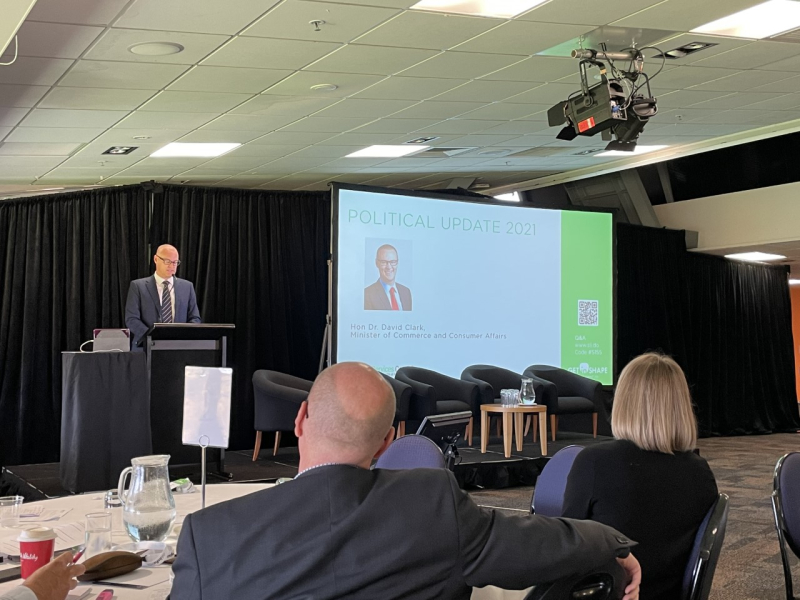 RBNZ Governor Adrian Orr has said that all stakeholders affected by the recent data breach are currently being notified. RBNZ is also supporting organisations who had sensitive files downloaded. Orr has noted that Accellion, a US cloud solution company, failed to notify RBNZ of a global data breach on its customers. Orr says that RBNZ could have avoided the breach if Accellion had issued a prompt warning. RBNZ has now ensured that external legal advisers are conducting assurance checks as well as having IDCARE, a specialist national identity and cyber support service, provide advice to those affected.

“Governor Adrian Orr says the Bank has completed its assessment of the files illegally downloaded during the breach and is notifying organisations involved. External legal advisers are also providing assurance checks and advice on any personal information which was included in the downloaded files.

“We had no warning to avoid the attack which began in mid-December. Accellion failed to notify the Bank for five days that an attack was occurring against its customers around the world, and that a patch was available that would have prevented this breach.”

“If we were notified at the appropriate time, we could have patched the system and avoided the breach. Our own analysis has identified shortcomings in our processes once the system was breached. The impact this had is part of the review underway.”

“For security reasons, we can’t provide specific details about the number of files downloaded, or information they contain. We have been in regular communication with all organisations who have had files illegally downloaded.

“As a priority, we have engaged with the organisations whose files contained sensitive information, to support them and assist in managing the impact on their customers and staff.

We are working directly with these organisations to determine how many people had sensitive personal information compromised and we will ensure they are well supported.”

The Bank has engaged a specialist national identity and cyber support service IDCARE, to provide advice and support to people affected by the breach at no cost to them. We continue to work closely with the Office of the Privacy Commissioner.” Click here to read more