Along with our upgraded website, we have also reviewed and updated all our infographics!

Once you've logged into Quotemonster, you can find these under "Adviser Resources," download as PDF versions and add them to the Research reports you give to clients. 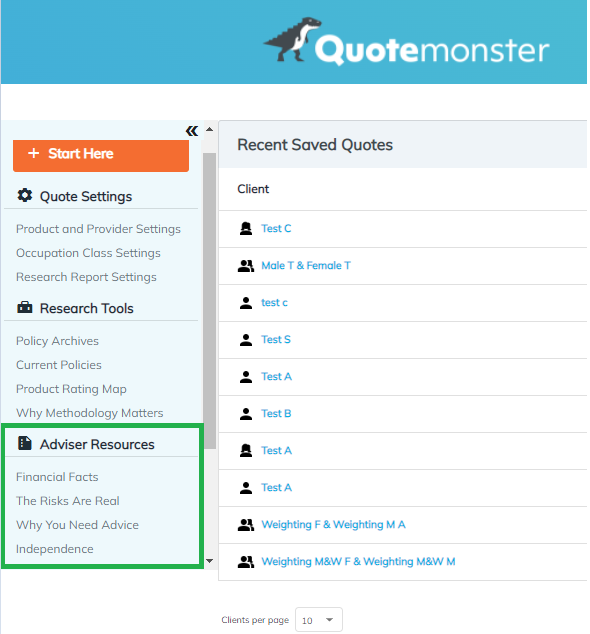 Cigna has announced that the Good things come in twos campaign has been extended until the end of January. Cigna has highlighted that they have received positive feedback on the campaign. New customers will be able to get two months free premiums while existing customers will get free premiums when they take out or increase their level of insurance via a financial adviser. Cigna will apply the same offer for applications submitted after 17 December. Advisers will be offered twice the servicing commission for two months for all new business. They will also be offered increases sold while the campaign is running.

“To help you and your customers get off to a great start in 2022 we’re extending our Good things come in twos campaign until 31 January.

The campaign’s had a fantastic response and we’ve had overwhelming positive feedback from you about the impact that two months of free cover has had for your new and existing customers.

We'll be backdating the offer so if you've submitted any business after 17 December please let your customers know that they may be eligible to take up the offer.

Two months free for them

We’re giving your customers free premiums when they take out or increase their level of insurance with the help of an Independent Financial Adviser.

Existing customers who increase their level of insurance will receive the first two months of increased cover at no additional cost.

Twice the servicing commission for you

We’re offering twice the servicing commission for two months for all new business and increases sold during the campaign period. This is a continued show of thanks for the significant additional time and effort you’ve put in to supporting your customers and to adapting to new ways of working.

Do your friends trust you?

Would a friend be happy to do business with you? Below is a beautiful article describing how you ask a friend if they would like to do business with you. I like the approach - although to be fair I have rarely tried, my business not being retail. https://www.advisorpedia.com/growth/the-surprising-answer-to-do-your-friends-trust-you/ hat tip to Tony Vidler for the article.

mySolutions are set to run full FAP application sessions in the coming months in Auckland, Hamilton, Wellington, and Christchurch. Those living in other cities have the opportunity to attend a session in their city as long as there are a minimum of eight attendees. Those wishing to attend sessions should email their interest to shelly@mysolutions.nz 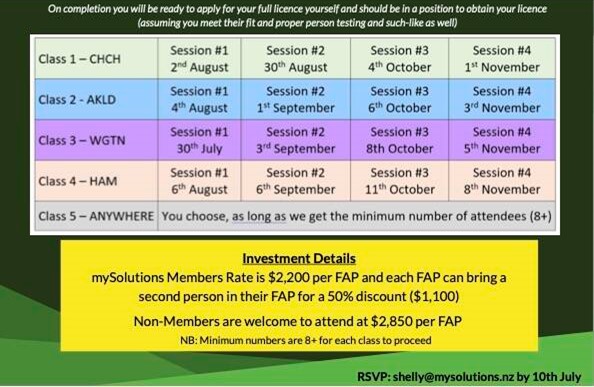 We are running a confidential request for information process. A high volume of referrals for a life and health insurance advice business has emerged: the opportunity exists for a specialist life and health advice business to market to substantial flow of leads arising from KiwiSaver inquiries. Chatswood is running a request for information (RFI) process to assess potential adviser business partners for the opportunity to help these clients. If you would like to know more about the process please contact Melissa Waddel at Melissa.Waddel@Chatswood.co.nz to register your interest and find out more.

An adviser business has put up for sale a lead generation website. A lead generation website is offered for sale as the adviser running the site wishes to focus on their own region, not on serving clients nationally or running a referral business. This is a great opportunity for a national business with the skills to serve the self-employed market. Twenty leads a week are typical from the site. Handover support is offered so you can continue to get the best out of the opportunity. Contact me or my team for further information.

Why buying insurance might be a reassuringly normal thing

From my latest article on goodreturns: https://www.goodreturns.co.nz/article/976517381/buying-insurance-can-be-a-reassuringly-normal-thing-to-achieve.html

Duncan Grieve writes about the media situation in New Zealand after the incredible news of Stuff being sold for $1 to management. The article is well worth a read. In an economic sense I felt it was awesome advocacy for Schumpeter's creative destruction - a celebration of how new ideas emerge in surprising places, and times. Innovation does occur in large companies, but not usually in very comfortable and monopolistic ones. Disturbance, challenge, and necessity - these drive change. What changes shall we see in the insurance sector as a result of the great shove that 202 has given everything? Well, finally digital moved to the top of the queue for many companies, after languishing for a long time. Product design is definitely under pressure. FSLAA and COFI are going to deliver additional shocks - on top of the economic ones to distribution.

nib have a campaign running at the moment which unlocks many pre-existing conditions covered after three years for applications made using nibAPPLY.

A great tension affects the world of insurance. The first part of the tension is the recognition that risk is real, and the world is a dangerous place. That was felt immediately after the Canterbury earthquakes and again after Kaikoura. We are reminded of the importance of planning for disasters. Briefly, insurance becomes talked about: over the last few weeks stories about travel insurance were quickly followed by stories about life and health insurers. This is a moment when we can reassure those with cover that this is what we are here for. For those without the message is more complicated and must be nuanced: people need cover, and we are allowed to talk about that idea, but it is vital to get that tone right. Here is a link to my latest piece in Asset magazine, now available online, which covers some of this territory.