Recently we reported that Income Protection prices are on the rise as a result of the Australian market and COVID-19. New Zealander insurers are now being urged to amend processes and premiums before regulators intervene and introduction mandatory guides. Partners Life begun the conversation when revealing that it has increased IP premiums by 12% and made policy changes. Kris Ballantyne, chief marketing officer, has said that Partners wishes to offer affordable policies that customers can maintain for as long as they need. AIA and Cigna have both noted that they aren’t looking to introduce significant premium increases.

“It took insurer Partners Life to break the silence last month when it revealed a brave plan to start publishing the content of discussions with the Financial Markets Authority.

In doing so, it revealed it lifted its income protection premiums by 12 per cent in the past year, and had made policy changes, including not allowing self-employed people to any longer select an “agreed value” of income to be covered, instead limiting cover to actual loss of earnings.

Partner’s Life’s chief marketing officer Kris Ballantyne said the company was a “first mover” on income protection, driven by wanting to provide policies they [consumers] could afford to keep as long as they needed it.

It was a big challenge as there were a lot of agreed value policies covering self-employed people, and owners of small businesses.

Neither of its two big rivals, AIA nor Cigna, was expecting to make such large premium increases, though AIA had stopped selling new policies in which the income covered automatically increased by 5 per cent a year.

AIA chief product officer Len Elikhis said that over time, “the insured’s benefits would creep up and approach the insured’s income”.

Shane Burdack, senior underwriting consultant as Swiss Re Australia highlighted that customers with significant wealth had very little incentive to return to work when on claim, resulting in increased premium prices.

Yet people with significant wealth – sometimes through investments, sometimes because of payouts from other insurance policies – had a low incentive to go back to work, and stayed “on claim” for longer driving up costs.” Click here to read more

Southern Cross: Southern Cross is offering members a $149 voucher when they join Snap Fitness on a minimum 12-month term

Southern Cross: Southern Cross is offering members 10% off the retail price of a monthly LES MILLS On Demand subscription

The New Zealand Herald have reported on Income Protection price increases. Financial advisers have credited the changes to IP to the Australian IP market although COVID-19 has played a role in the change in pricing and the underwriting process. During the FSC digital Generations 2020 Conference, Kimberley Robinson from Swiss Re Australia warned that it was important that New Zealand insurers make amendments. Robinson highlighted that in Australia the regulator had to step in after losses totaled A$3 billion in a five-year period. Robinson said that the losses were a result of an increased focus on sales volumes, cross-subsidisation, a competitive market, and in some instances, insurers providing more benefits on claims before claim time.

Kimberley Robinson, product solutions leader at Swiss Re in Australia, said Australian regulator APRA had intervened after big losses in the sector which added up to around A$3 billion over five years.

"We have suffered losses on individual income protection on an unsustainable level."

Robinson said factors contributing to those losses included an increasing focus on sales volumes over profitability, cross-subsidisation of the product and a fiercely competitive market.

"In some cases we were providing customers with more benefit on claim than they earned before claiming."”

To tackle issues relating to sustainability and customer support, the FSC recently set up a CEO life insurance forum and ran its first meeting. Although Richard Klipin didn’t comment on the pricing of IP, he noted that the sector is not growing and that it is instead expanding sideways. Klipin highlighted that the challenge for the industry to transforming insurance into something that is relevant, affordable and accessible. He continued by saying that insurers need to focus on having the ability to deliver on the promise of cover

nib: nib is sponsoring the Norwood and Miraka Limited Charity Golf Tournament for a third year

Swiss Re Institute - Technology and Insurance: Themes and Challenges

Swiss Re Institute has released this report discussing ways in which insurance is being impacted by new technology and processes. 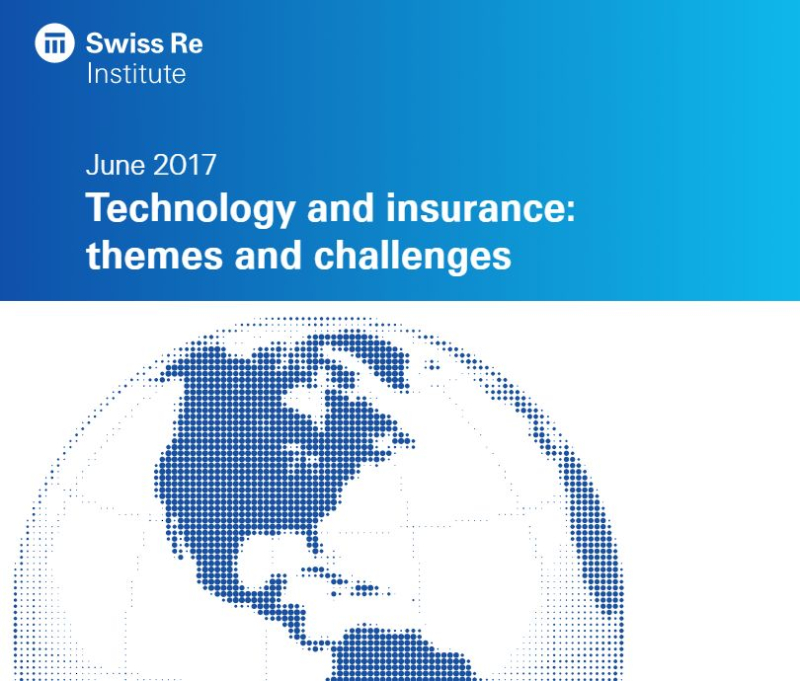