This Stuff article has some excellent case studies on the limitations of travelling on 'free' credit card travel insurance. Link.

It underlines the flip-side of focusing only on price when considering cover - you often end up with inferior cover because there are real policy differences.

Google Plus, Facebook updates, Kindle Fire - even the Boeing 787 - and many, many more: I'm just thrilled with all the cool new tech there is sloshing around these days. There is simply not enough time to catch up with it all.

I've blogged for more than five years now. Originally hosted services were really nasty affairs - but today there are many offering really great services, many options, design services, different formats for different types of website / blogs / systems / presentations / micro-sites... you name it. That led me to connect my story posts to a twitter feed. LinkedIn was pitched to me by a friend as "Facebook for grown ups" - I adopted that and I has now become a valuable tool - mainly for contacted details, resume details, renewing old connections, and keeping up to date with professional moves. It also takes a feed from my blog. Nice. Then I re-activated a long-dormant Facebook account sometime last year and finally 'got it'. I communicate far more with by brother, Aunts, and cousins now I'm on Facebook regularly. But Google Plus looks interesting, and although facebook is a great app, it has a lot of faults: Google could do it better. I shall see.The privacy thing is an issue - and that think where most FB apps require you to authorise them to post stuff to your wall - well that's rubbish.

I got a Kindle for my birthday a couple of months ago. On the recent trip it was fabulous: I had more than 60 books with me (which would have left little room for clothes had I taken hard copies). The device itself is light and a pleasure to read. Now they have a still smaller, lighter, version. But that was only a sidelight to the launch of the new Kindle Fire tablet. I am keen to get my hands on it. I've used I-pads and older Android tablets and I am not keen on Android - but apparently the Kindle Fire is different, and the user experience is much better. As an aside I notice that of the top ten books banned in 2011 seven are published by Amazon for delivery to a Kindle. I doubt whether many books are bought by the cab drivers, student, and street vendors who launched rebellions across the Arab world this year, but it is heartening to think that it is getting harder to limit the freedom to read.

But I what I would really like is a flight on a new Boeing 787. A lower cabin altitude, 25% lower emissions, bigger windows, and best of all - 60% less noise! Recent flights I've been on an A380 and a 777-200. Although I was very excited by the prospect of the A380, I have to say the flight on the 777 was much better. It was quieter, and with a nicer fit out (although that could have just been Air New Zealand compared to Air France's pack-em-in layout). But grabbing a ride is unlikely as the only one 'delivered' so far has gone to ANA (it's actually in fit out). But heck, I loved Japan so much when I was there on the weekend, I am keen to go back. I still have my Suica card...

A brilliant day with a cycle ride out to the Hapuawhenua viaducts - old and new. 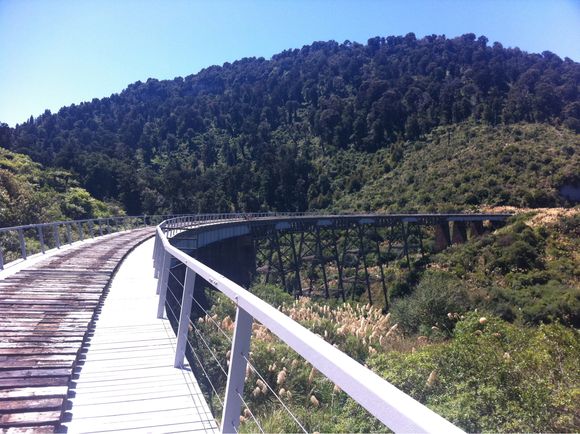 Over the last few days I really 'got' snorkelling. I swimming on a reef at Shark Cove I saw thousands of fish of at least three or four dozen varieties. On my third swim I saw three turtles. There was one pair, and then another lone turtle. They looked like juvenile Green Turtles. Later that day we headed another 10 minutes up the coast to Turtle Beach which completely lived up to its name: 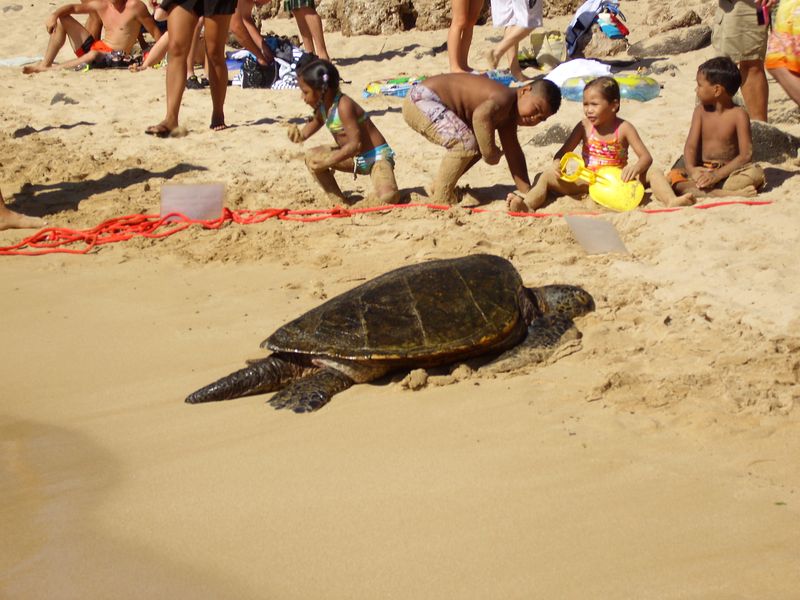 The red rope is thrown around an area two meters beyond the basking turtle. The turtles have a couple of minders on the beach that make sure the law protecting them from any interference is enforced. 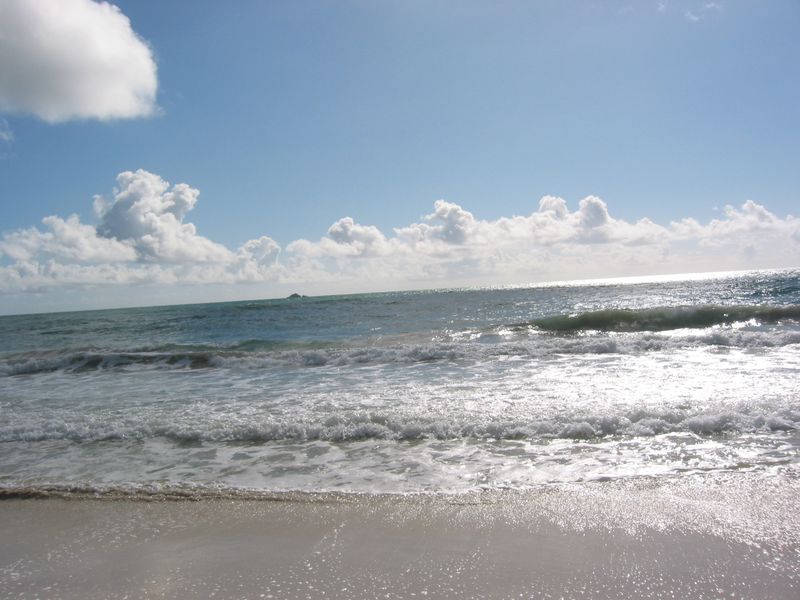 ...later we're off to Hanauma to do some snorkelling. I may also play a typical Dad trick on the kids and drag them off up to a walk up to a lighthouse.

89 steps to the beach

I'll post a photo soon as I am properly caffeinated.

You can expect some mo-blogging from the sun and sand over the next two weeks - from Saturday the 17th to the 31st of July I will be away on vacation (Hawaii). Kelly, Alan, and Rob are all here to keep working with you and supporting existing projects, and I will be available by email - so keep up the communication!

You are a South African bush pilot working for Blue Sky Aviation.  You fly in some critical medical supplies, enjoy a quick lunch at the hospital.  It's a stifling 100 degrees in the shade and you're eager to get back up to the cool, high blue yonder.

On the way back to your plane, you discover that the only bit of shade within 1 mile has become very popular. .

You start calculating the distance to the plane door and wonder . . .

'Do I feel lucky today?'

I'm over at a conference in Singapore at the moment - which is very exciting as I have never been here before. Already I like it. Warm, humid, and asian - yet also slightly English in a number of ways. Large buildings and bustling city streets, signs in english and other things make it feel a little like an Asian London.

However, as you can see I am all set up and working too - same mobile, and email connections work fine. Hotel broadband is doing a great job (and I am glad it's broadband, I had 10 megs of email just this morning what with documents and so forth).

But its not all work. Tonight dinner is at Fort Canning, and tomorrow night I get away from sanitised Singapore and head over the causeway for dinner with a friend of a friend who lives in Jahore Bahru.

Because you've always wondered, here is the answer.