Themes for 2021 in life and health insurance

What will be the big themes for 2021 for life and health insurance? 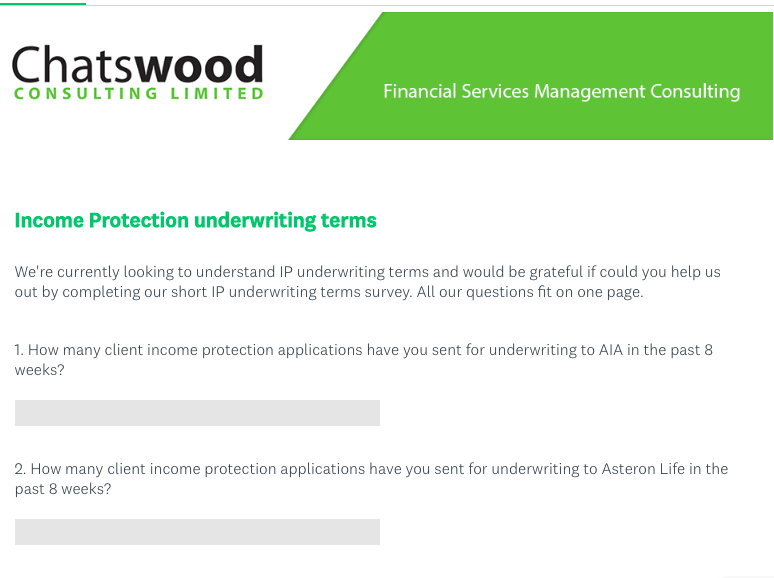 The Boundaryless Era: the Time for Distributed Teams

This article discusses some of the reasons why having employees spread remotely can benefit companies. If you are struggling to hire the resources you want, this is a great way to solve that problem: there are a lot of people who want to work, and can't get the work they would most like to do, because of family situation or because they don't want to leave a regional town. There is overhead in using these resources - but it can be very rewarding - especially if you don't want to engage people on a full-time basis.

The first 1,000 are the most difficult

According to Seth Godin in this blog post writing the first 1,000 blog post is the most difficult part. But the are such a learning experience. Many mistakes, some I blush to think about. But learning without failure just doesn't really happen. For all those that have contributed, especially those brave enough to criticise, and kind enough to do that well, I continue to be grateful. So if you want to give blogging a go, feel free to call and we can catch up and talk about it. If you have a group of advisers that wants to learn about content creation, I would be delighted to run a workshop on the subject - free of charge in either Auckland, Wellington, or Christchurch.

Thank you for your support - as this is the birthday of the Chatswood Moneyblog which was born on this day in 2004. Blogging is an activity I recommend to anyone for whom writing for business is a valuable skill, and staying current with the industry news is important. If you want a strong grounding for your continuing professional development, then this is it. Soon we will break 200,000 page views. We have hundreds of industry subscribers, and the blog is just the tip of the iceberg. Quarterly emails are well received, along with the 60 page quarterly industry news digest (for subscribers) and the numerous conversations we have with people - sometimes started because I said something vague, or incomplete, or even stupid - where I get to learn and gather another piece of the ever-changing puzzle that represents our industry.

The top five excuses for not buying insurance

Katie Waters, of Daily Worth has a list of the reasons 'millenials' aren't buying insurance, while I may doubt the value of generational labels, this list struck a chord with me. To read the full list, go read her article, but my favourites from it are: they feel invincible, they think parents are all the back-up they need, and it is on the to-do list - the really long-term one that never gets done.

Everyone's doing it. Apart from the insurance industry... On either side of politics, from comics to consumer companies, from Donald Trump to JK Rowling. People are using social media to engage with their audiences. Even our stodgy old political parties use social media extensively. Even more critically: they respond!

If I post a comment on a twitter stream about Air New Zealand, or Typepad, or Orlando Airport, they respond - usually within hours, often within minutes. I mention those three, because I have, and they did. Good on them all.

But the insurance industry, so wrapped up in itself, complaining about how regulators and ordinary folks don't understand, and yet - when consumers offer to engage on their terms, insurers are nowhere to be found. Take Susan Edmunds' recent article about non-disclosure. Look at the comments section and you'll see lots of this:

All of these are demonstrably false, wrong, or not fair on the insurance industry. Examples could be given, links provided to statistics, financial reports, and even videos of claimants posted (like the excellent Mind-the-gap series by the FSC). Why is the industry choosing to pass up this opportunity to engage with their audience? There are few exceptions: nib's CEO Rob Hennin has directly commented on LinkedIn posts, and in other media, Partners Life staff have directly commented on Goodreturns posts.

Two common New Years resolutions are to 'get fit' and 'save money'. Lots of people cannot seem to get fit without spending a lot. This is probably avoidance behaviour, while I do spend quite a lot of money on the gym, good shoes, a trainer, and so on, getting fit doesn't have to cost anything. Wherever I am, when I travel, I usually try to walk a lot, and fit in running. Push-ups and sit ups cost nothing. Here's a link for those of us that often end up talking with friends, family, or clients, about money and fitness.

It has been said that procrastination is just sloth in five syllables. But it turns out that, for some of us at least, these may be good for our health and even our careers. Although perhaps counter-intuitive, this connects with my experience. After all, I've just come back from three weeks holiday in which I did lots of things - including lie in, meander through a few books, and sit on the beach watching waves. I'm now full of energy and new ideas - without once touching a whiteboard. Another example: my kids most interesting games and creativity comes from when they are left alone to amuse themselves, not when I'm organising them. More details can be found at this link.